The Octant
Insights and reporting from Caleb Maupin

Talk of Socialism stirs controversy in the US 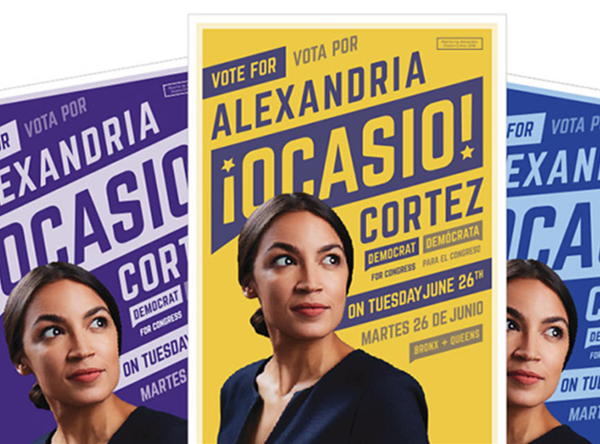 Alexandria Ocasio-Cortez is only 28 years old. She is a New Yorker of Puerto Rican heritage, and after an upset primary vote, she will be the Democratic Party's nominee for U.S. Congress in November. Ocasio-Cortez is almost guaranteed to be elected to Congress, as the district is overwhelmingly controlled by the Democratic Party. Her victory in the primary was over Joe Crowley, a longstanding figure in New York City politics.

Ocasio-Cortez is a member of the Democratic Socialists of America and aligns herself with Bernie Sanders and other members of the Democratic Party who reject the pro-market, neoliberal economic policies long favored by the party's National Committee.

After her victory, all across U.S. media a debate about "socialism" has taken place. Among Republicans and conservatives, alarm-bells have sounded. Ocasio-Cortez is accused of wanting to "turn the USA into Venezuela." Because Ocasio-Cortez has criticized capitalism, her critics equate her to Marxist-Leninists, and invoke Cold War rhetoric against her.

Meanwhile, supporters of Ocasio-Cortez insist that "socialism" simply refers to government policies intended to deliver economic justice. TV host, Joy Behar, defended Ocasio-Cortez in a heated exchange on national TV, saying that socialism had been successful in Norway and Sweden.

The Neoliberal definition of socialism

Both sides of the new "socialism" debate seem to agree with the definition of socialism that emerged in the 1970s and 80s, as U.S. discourse became dominated by advocates of economic neoliberalism such as Milton Friedman and Ayn Rand. Both sides define socialism as government involvement in the economy.

For example, defenders of "socialism" say the U.S. already has a "socialist post office," "socialist fire department," and "socialist roads." Critics of "socialism" claim the U.S. government is too large, taxes are too high, and that the problems of U.S. society can be attributed to a lack of free market policies.

This discourse lacks the standard definition of socialism used for well over 200 years. The invention of the word "socialism" is attributed to the French utopian thinker, Henri de Saint-Simon. Simon began utilizing the term "socialisme" in aftermath of the French revolution, contrasting his vision of a highly organized and rationally planned society, with "liberalism," the philosophy of the emerging French capitalism, in which production was organized to serve the interests of individual business owners.

Even non-Marxist socialists, such as the Baathists of the Arab world, or figures like Kwame Nkrumah or Julius Nyerere in Africa, understood socialism in this way. Socialism did not refer to progressive taxation policies, or government merely providing services. It was viewed as an alternative to the rule of profits, in which the economy is planned by the state and made to function in the interest of the public overall.

Amid the height of McCarthyism in the United States, propaganda pushing the merits of the "free market" was routinely shown to U.S. school children. As a result, many Americans now believe that socialism and communism is "everyone getting the same wage, no matter how hard they work" among other confused definitions.

However, as the increase in the U.S. standard of living has slowed, millions of Americans have come to reject the neoliberal principles contending privatizations are always best and the population should be left to "pull itself up by its bootstraps." Despite being told that government activity is "socialism," a large number of Americans still want the government to be involved in providing services and regulating financial activities.

The organization that Ocasio-Cortez is affiliated with, Democratic Socialists of America, emerged during the early 1980s from the Democratic Socialist Organizing Committee of Michael Harrington. The group emerged as the "New Communist Movement" of young activists inspired by Mao Zedong in China, as the Soviet-aligned Communist Party USA, declined.

Harrington recruited many former organizers of the Civil Rights and Anti-Vietnam War movement to his organization, publishing "In These Times" magazine and encouraging young activists to distance themselves from Marxism-Leninism, and put forward a "democratic" vision of socialism that was contrary to it. Harrington also encouraged his followers to be involved in the Democratic Party's election campaigns rather than street protests.

Harrington's organization has certainly evolved since the 1980s, and it seems to be increasingly influential as the Democratic Party struggles to define itself. Other than opposing Donald Trump, the Democrats are greatly confused about what they stand for. Figures like Howard Shultz, former CEO of Starbucks, are greatly disturbed by the rise of "socialists" like Bernie Sanders and Ocasio-Cortez and seek to counter it within the Democratic Party. Meanwhile, many young Americans are deeply inspired by the new socialist trend, and have become politically active in order to support it.

The conversation about socialism continues in the United States, as many Americans, on both the right and left, reject the economic policies that have defined the country for the last few decades and look for a solid alternative that can restore growth and allow living standards to keep rising.

"Caleb's work is insightful, rooted in a strong grasp of theory and embedded with critical analysis often lacking in today's journalists."